I stay current on NIH happenings and I’d be delighted to keep you informed.

NIH Director Francis Collins is looking to leave his mark on the NIH: He has proposed a highly-controversial National Center For Advancing Translational Sciences (NCATS). On January 22, the New York Times reported on it.

The NIH Office of the Director responded with a document entitled “Separating Fact From Fiction”: 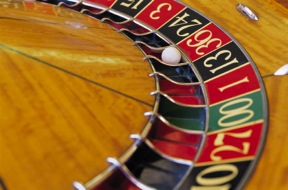 The five main points of the OD piece are: 1) NCATS will be assembled primarily from existing programs; 2) NCATS is not intended to be a drug company; 3) The final budget is unknown; 4) There is no plan to “cannibalize” (the word used in The Times piece) the budgets of other ICs to form NCATS; and 5) NIH remains committed to basic, translational, and clinical research.

It is a fact that it costs a tidy sum to bring a drug to market, and as a result research in the pharmaceutical industry has been declining for 15 years. Whether the government can step into that gap successfully and without damaging other research enterprises is hotly debated. Collins is quoted in The Times piece as saying, “I am a little frustrated to see how many of the discoveries that do look as though they have therapeutic implications are waiting for the pharmaceutical industry to follow through with them.”

He goes on, “There are some people that would say this is not the time to do something bold and ambitious because the budget is so tight. But we would be irresponsible not to take advantage of scientific opportunity, even if it means tightening in other places.”

Such language has many researchers deeply concerned, especially given that the NIH may be facing budget cuts in FY12. Because Congress recently expanded the powers of an NIH Director, NCATS would be realized as early as October.

Scientists aren’t the only ones who are concerned. A January 27th piece in Science magazine states that Congress has demanded answers.

And a January 28 piece in Science indicates some lack of internal support at NIH. This piece quotes Yale Chemistry Professor Scott Miller as stating, “If the reason [to create NCATS] is to derisk opportunities for industry, I think that’s quite bizarre and contrary to the entrepreneurial spirit.” James Stevens, a senior research fellow at Lilly Labs, adds, “If there is any organization that is slower and less agile than industry, it is the federal government.”

I hope that people who are involved in the biomedical research community in this country will stay informed, discuss, debate, and publicly comment on these developments.

How Can I Help?

Let’s have a conversation about how I can help your faculty improve their NIH grantsmanship skills.
Contact Me

Shopping Cart
0
0
Your Cart
Your cart is emptyReturn to Shop
Continue Shopping
I read all NIH notices for my clients. When you join my mailing list, I’ll pass along important changes directly to your inbox, as well as opportunities to improve your grantsmanship skills.