We would like to congratulate our client on receiving a contract from the National Cancer Institute (NCI) to become the Biospecimen Core Resource (BCR) providing biospecimen processing services for The Cancer Genome Atlas (TCGA). The contract, which is for $19 million dollars over two years, was the sole award. Dr. Margaret Bouvier served as lead writer on the contract proposal development team at ITECS Innovative Consulting.

The Cancer Genome Atlas is a signature program of the National Institutes of Health (NIH). The goal of the project is to catalog genetic mutations responsible for cancer using genome sequencing and bioinformatics. Scientists perform cutting-edge genetic testing of tumors from tens of thousands of patients and dozens of different cancers, thereby improving the ability to diagnose, treat, and prevent the disease. The BCR for TCGA  is central to the process of acquiring both tumor and normal tissue samples and their accompanying clinical information from contributing medical and research centers. BCR functions include analyzing all specimens to ensure they meet rigorous quality standards for each tumor type and ensuring that the clinical information for each sample is available. Once the optimal specimens are examined and processed, the BCR distributes the DNA and RNA extracted from the specimens to researchers throughout the national TCGA research network. 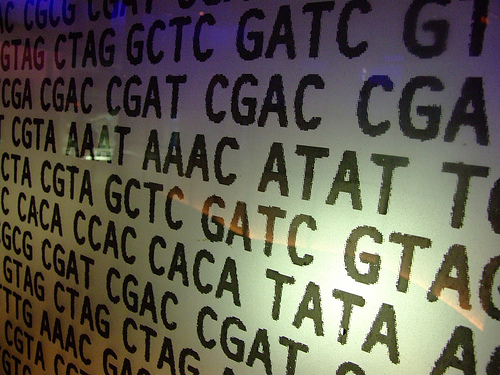 Though I still consider myself a die-hard New Yorker, I do read the Boston Globe (after The New York Times, of course). Today I was not disappointed: Carolyn Y. Johnson has a nice article on the front page about the Broad Institute in Cambridge http://www.boston.com/bostonglobe/.

In it, she describes the large, well-funded institute’s approach to sequencing. The Institute was founded in 2003 by Eric Lander, a figure who featured prominently in my world at The Human Genome Project in the late ‘90’s, a hot-headed, larger-than-life person whose mathematical approach to sequencing provided the key to ramping up the sequencing effort.

The Broad is known for providing a dream environment for scientists. It has deep pockets, is highly collaborative, and encourages broad thinking and intellectual leaps of faith. Indeed, the research enterprise in the United States is often criticized for lacking just that kind of intellectual risk-taking. The NIH in particular has often been criticized for funding only next-logical-steps research. In response to such criticism, the Transformative R01s (TR01s) were implemented under Elias Zerhouni’s leadership, and most recently we have the NIH DP3 grant mechanism, designed to fund think-outside-the-box research for Type I diabetes.

One must applaud and admire the Broad for creating an environment that provides such fertile ground for intellectual pursuit. When I was a bench scientist, I would have found it to be nirvana.

That said, such research must give one pause. The article points out successes (as recently as 2004, common genetic variations that play a role in disease were unknown, and now we have identified over 1,000.) However, Francis Collins states, “The bad news, which we had no way of knowing ahead of time, is most of these variants have quite modest effects on risk, so as predictors of future illness they’re not as impressive for many diseases as people had hoped would emerge.” The article goes on to point out that of 95 genetic areas recently identified as playing a part in cholesterol and triglycerides, these genetic areas only account for about 10-12% of the differences in people’s lipid levels.

So what’s the other 88-90%? The vast majority of that difference is likely due to lifestyle choices, such as diet and exercise. The diseases that plague the developed world are not infectious diseases, but rather conditions such as cardiovascular disease and diabetes, for which diet and exercise play a crucial role. The NIH provided about two-thirds of the Broad’s staggering budget in fiscal 2009. It would be nice to see such federal investment of taxpayer dollars into research on the major contributors to the diseases that afflict American taxpayers.