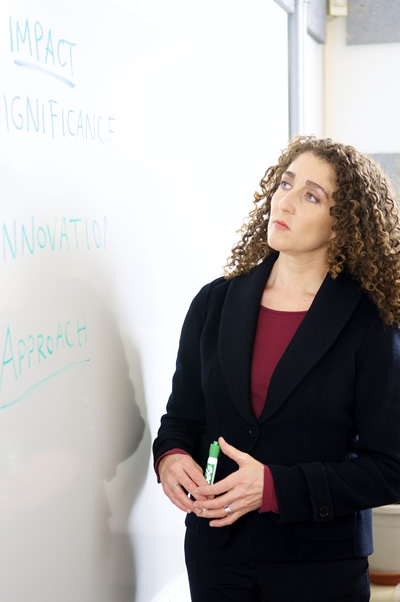 Yesterday I went to an interesting workshop entitled Innovation and Entrepreneurship Day:  Translational Biomedical Opportunities for Campus, Company, & Clinical Collaborations. It was organized by my friend and esteemed colleague, Karen Utgoff. I will blog another time about the interesting research about which we learned. But for now I wanted to share a quote provided by Dr. Stephanie McElhinny, Program Manager from the U.S. Army Research Office who was kind enough to come speak to us about research in her shop.  It is a quote in praise of basic science research:

“None of the most important weapons transforming warfare in the 20th century- the airplane, tank, radar, jet engine, helicopter, electronic computer, not even the atomic bomb- owed its initial development to a Doctrinal Requirement or request of the military.”

John Chambers, ed. The Oxford Companion to American Military History (New York, Oxford University Press, 1999 p. 79.)
_
It reminds me of a quote that a client sent me a few years ago, he says he often uses it as a final slide when he gives talks about teaching and the value of learning for its own sake. It is by physicist Robert Wilson, who was asked during a 1969 Congressional hearing whether the Fermilab particle accelerator would contribute to national security. His response:
_
“It has only to do with the respect with which we regard one another, the dignity of men, our love of culture. It has to do with: Are we good painters, good sculptors, great poets? I mean all the things we really venerate in our country and are patriotic about. It has nothing to do directly with defending our country except to make it worth defending.”
—Robert Wilson